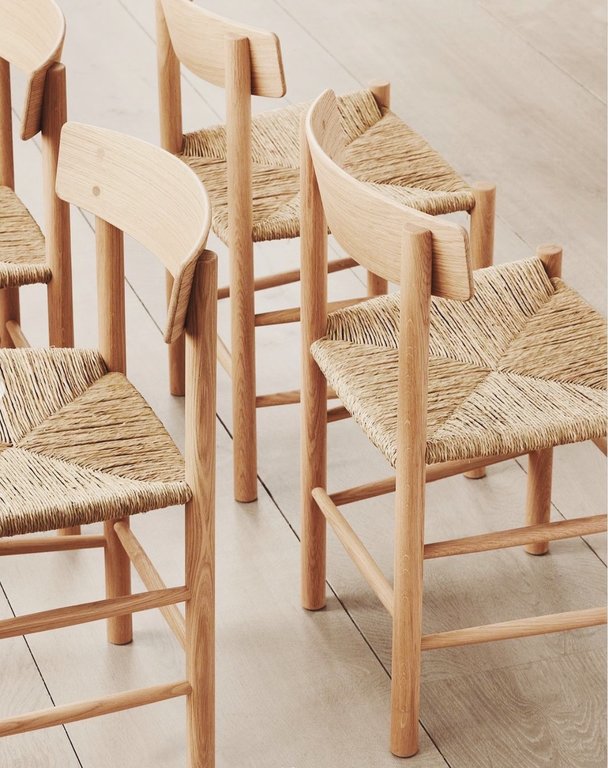 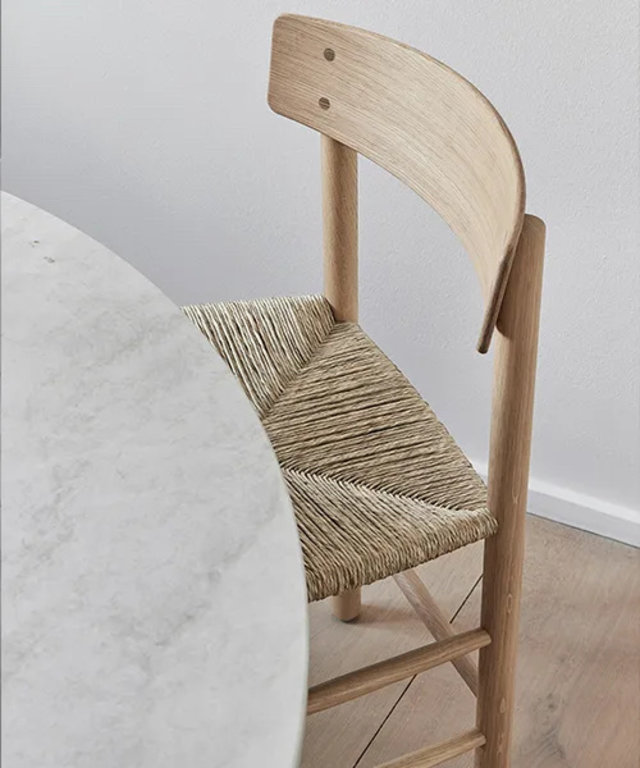 €710,00
J39, Mogensen’s famous wooden chair with the hand-woven paper cord seat was designed in 1947. The simplicity and versatility earned it the nickname ‘The People’s Chair’.
Share this product:

J39, Mogensen’s famous wooden chair was designed in 1947. The simplicity and versatility earned it the nickname ‘The People’s Chair’. The J39 Mogensen Chair is one of the strongest manifestations of Børge Mogensen’s unsurpassed ability to create timeless furniture.⁠
⁠
To commemorate the 75 years since the initial launch, we have introduced a special Anniversary Edition featuring a seat in hand-woven sedge grass, just like the original version from 1947, which Børge Mogensen had standing in his living room.⁠
⁠
Boasting a clean, uncluttered aesthetic, the J39 Mogensen Chair Anniversary Edition is about simple, unadorned beauty. A modern essential to treasure for decades to come.⁠

Mogensen was a trained cabinet-maker and furniture designer at the Copenhagen School of Arts and Crafts before entering the school of furniture design at Royal Danish Academy of Fine Arts, where he was taught by Kaare Klint and graduated in 1941. Throughout his career Mogensen continued to defend the ideals of evolutionary design progression that were essential to the Klint School, while also expanding on the tradition. Contrary to Klint, Mogensen was not only inspired by the traditional cabinet-maker’s types and crafts - instead he adapted models planned for industrial production, as well as the more informal housing that emerged in the 1960’s. Børge Mogensen has been one of the most influential designers in shaping Danish Modern design and present day Fredericia’s founding designer from 1955 until his death in 1972. He found inspiration all over the world in his quest to create everyday objects that would endure for generations.

TAKING CARE OF THIS PRODUCT

We will happily inform you about the best care for your chair, depending on the wood treatment of your choice.